Working on audiobooks has brought me into contact with Greg Gatenby, who served as the Artistic Director of the readings that took place at Toronto’s Harbourfront Centre from 1974 to 2003. During that time, he hosted over 10,000 readings by 4,000+ writers. Fortunately for those of us who missed the live shows, Gatenby recorded most of them. 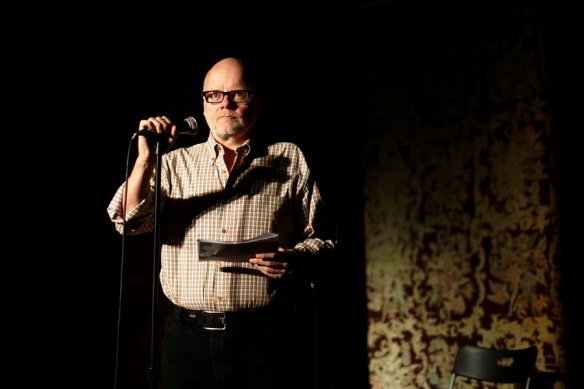 Harbourfront hosted many of the world’s leading authors. Gatenby recalls persuading William Golding, Doris Lessing, and John le Carré to give the first readings of their lives on his stage. Audiobook buffs will be especially interested to hear that he interviewed the founders of Caedmon Records, Barbara Holdridge and Marianne Mantell, on the company’s fiftieth anniversary as part of the International Festival of Authors. Another highlight of Gatenby’s career was hosting poet John Malcolm Brinnin, who first brought Dylan Thomas to the US (as described in Dylan Thomas in America) and oversaw the famed reading series taking place at New York City’s 92nd Street Y.

Gatenby’s interest in hearing authors began at a NYC used book shop with the serendipitous encounter of an EM Forster record. It sounds to me like the best five bucks he ever spent. Hearing Forster’s voice made him wonder what other vinyl voices were out there. 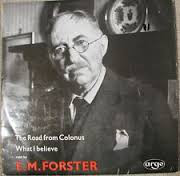 Talent scouting missions for Harbourfront provided opportunities to scour used record shops in towns across North America in search of literary spoken word recordings. He collected any audio with a writer’s voice. Most of the records in his collection feature writers reading and/or discussing their work. By the time he sold his collection to the University of Toronto, he had compiled one of the world’s largest private collections of literary spoken word recordings (about 1,800 records).

Gatenby has generously agreed to share his “Checklist of Authors’ Voices on Vinyl.” This is an annotated list of his collection of recordings of author’s voices, with a number of personal comments and anecdotes thrown into the mix.

Here’s a copy of the checklist: greg-gatenby-checklist-of-author-voices-on-vinyl

(Posted with permission of Greg Gatenby.)